All week long I’ve caught myself thinking about Rufus Xavier Sarsaparilla and a poor little bill sitting on Capitol Hill. I’ve been humming the multiplication tables and Preamble to myself, and I’ve visualized a little girl pulling adjectives out of a big red bag, and a huge pot of people. I’m not going crazy-I’ve just been exposed to Schoolhouse Rock.

It all started last Friday at JETAA Karaoke Night. Our president, Chris, put in “Three is a Magic Number” for us all to sing together, but I was totally clueless. He was quite surprised that I didn’t know the song, or any of the animated cartoon shorts from Schoolhouse Rock. I dismissed it, we sang the Muppets Song, and I almost forgot about the whole thing.

In Monday at work, I thought it would be good lunchtime conversation to relate my JETAA Karaoke Night experience. After all, JETAA is a pretty diverse group, and we all have a great time together despite the fact that sometimes our only shared likeness is that we loved the time we spent in Japan. I remember saying something like, “Yeah, there was this guy, and he was singing some kinda Schoolhouse Rock thing, and I had no idea-“

The next thing I knew, Joy and Marnie, aghast at the words that just came out of my mouth, stared at me with stunned faces, and continuously asked, “You honestly don’t know what Schoolhouse Rock is?” And Joy, determined to educate me on something I obviously missed as a child, proceeded to find the videos and songs archived on the Internet for me.

I must admit, I was pleasantly surprised. Schoolhouse Rock is totally cool.

Schoolhouse Rock is a series of 41 animated segments that aired between Saturday morning cartoons from 1973 to 1985. As often as seven times each weekend, these three-minute “educational commercials” would tell the story of America (America Rock), explain the different parts of speech (Grammar Rock), illustrate the wonders of the science world (Science Rock), or teach multiplication tables (Multiplication Rock), using catchy tunes and cheerful animation. Created by David McCall, whose intent was to creatively make learning fun for his son, Schoolhouse Rock successfully taught those who faithfully watched, listened, and remembered its tunes.

Sure enough, in my unofficial poll this past week, I’ve concluded that I’m the only one who doesn’t remember watching Schoolhouse Rock between episodes of Bugs Bunny and Scooby Doo. I’ve heard so many renditions of “I’m Just a Bill” and “Conjunction Junction,” that I called my mom last night and asked her why I was deprived of this memory! She doesn’t remember it either, but after my convincing spiel on how incredible it is, she wants me to find the Multiplication Rock tapes for her to use to motivate her math students.

After its 12-year run, Schoolhouse Rock tried several times to make a comeback, but was never as successful. I believe that if strategically re-introduced and supported, Schoolhouse Rock will be as affectionately remembered for many children as it was for my generation.
But until then, you can find your favorite Schoolhouse Rock songs here:

You won’t be disappointed. 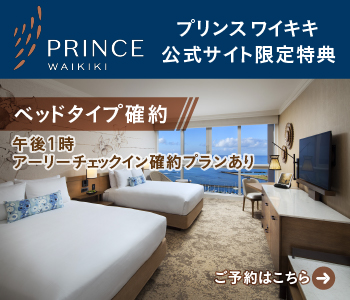